If we could go back in time, oh just over ten years, when a movie known as Iron Man was released, and tell the audience that what they were watching would spawn a cinematic empire that would kick off 22 films that would make nearly $20 billion and change movie-viewing forever…well time travel isn’t possible, so never mind.

All kidding aside, with the release of Marvels’ Avengers: Endgame, we are watching the capstone of a film phenomenon that few saw coming, but untold millions have enjoyed. All Marvel had to do with this movie was pretty much snap their fingers, and half the world would flock to the theaters to see it.

Thankfully they did more than that. They gave the world a 3-hour epic spectacle which assembled not just the full Avenger cast (hopefully that’s not a spoiler), but all the creative and special effects magic which has defined this franchise.

All Marvel had to do with this movie was pretty much snap their fingers, and half the world would flock to the theaters to see it. Thankfully they did more than that. They gave the world a 3-hour epic spectacle.

When last we saw our heroes, things couldn’t get much grimmer. Once the sociopath supervillain Thanos set his mind on obtaining all six Infinity Stones – which would give him unstoppable destructive power – nothing could stop him. And just like that, half of the living creatures in the universe, and 3/4s of the universe’s superheroes, were turned to dust. 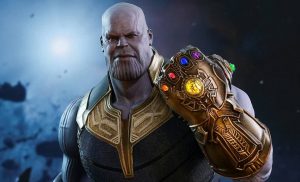 Not even Major League Baseball could recover from such devastation.

It was no secret that all of this would be undone in Endgame. Millions of dollars in movie contracts were on the line. But how to do it?

The story didn’t reveal it right away. (Please, please, please don’t be time travel, I’ve told myself for months now.) The movie is essentially three 1-hour episodes, the first being a dour lingering in the aftermath of Thanos’ genocide, where Tony Stark records a final goodbye to Pepper Potts from space, and what’s left of the Avengers on earth is spent mopping up lowly Mexican cartels and leading grief support groups.

But then, the newest addition of the superhero pantheon shows up with a clean uniform, wondering what everybody is down-in-the-mouth about, and “Let’s go kick Thanos’ butt.” But no end of avenging can bring back the dead, and the story is allowed to slink deeper into melancholy (though the “5-years-later” edition of Hulk and Thor are a hoot.)

Act 2 begins with the arrival of the next-to-the-newest addition to the Marvel Universe, inserting a smidgeon of hope (ant-sized) into the narrative. (Please, don’t be time travel!) I so wanted Marvel to come up with a clever, plausible, previously unthought of way to save humanity. But at the end of the day there are only two ways to undo death: the way we just celebrated on Easter, or – you guessed it.

They tried to doctor it up, throwing around the word “quantum”, and even making profuse jokes about it. Whatever. But once I made my peace with it and just went along with the joke, the second hour became a fun trip down – literally – memory lane.

For one thing, time-travel gave the filmmakers a chance to pay an homage to a number of the earlier films, as our heroes found themselves tiptoeing through filmsets from those earlier movies – ala “Back To The Future” – even bumping into (and sparring with) prior versions of themselves, along with other beloved characters, who were heart-warming to see, if only for a glimpse.

It also gave Marvel a chance to play an unexpected twist with the plot, which upped the stakes considerably for the final act. (“Biff!” he sneezes as he types.)

And if you want your third act to be one galactic explosion after another, buckle yourself in and enjoy the ride. You’ll cheer, you’ll grimace, you’ll spill your popcorn, and probably feel a lump in your throat when all is said and done. (Slight nitpick: In Infinity War, a tag team of Avengers came within a whisker of subduing Thanos on his home planet. Here the Big-Three at full-strength (even fuller strength because of a surprising weapon Cap is able to wield), along with the aforementioned Clean-Uniformed-One cannot bring him to heel.)

But here is where Marvel has boxed itself into a corner with its storytelling, and is why I for one will do my earnest best to swear off most of these types of films in whatever is meant to be Marvel’s “next phase”. One of the most impressive facets of Marvel’s work (no doubt contributing to its success) has been its storytelling. Considerable work has been invested to infuse these movies with full-bodied characters and diverse plotlines.

But when all is said and done, it usually comes down to saving humanity from an ever-expanding, cataclysmic threat. First you save Stark Industries. Then you save New York City. Then you save the earth. Finally you save the universe. Where do you go from Thanos? To be entertaining, the stakes have to be ever-higher.

Which is why going to an actual movie theater has now become largely the province of the special effects blockbuster. First Godzilla has to take out three creatures. Now fourteen even bigger bad-ass creatures have to bring the human race to (yawn) extinction’s doorway (sigh).

Perhaps it’s nobody’s fault that this is where we’re at. Maybe it’s simple sociology. With our big screen TVs and in-home theater sound, the spectacle can come to us, we don’t have to go to the spectacle. What then will bring us out of our homes? Only bigger spectacle (though recliner seats and gourmet food don’t hurt either.)

With our big screen TVs and in-home theater sound, the spectacle can come to us, we don’t have to go to the spectacle.

Except ourselves, learning how to reel in the indulgence at our fingertips, which will only become ever more (nauseatingly) tempting, what with VR, and write-your-own-ending media right around the corner.

I know I’m loitering a bit with my thoughts, the way Endgames loitered (overly long) in saying farewell. (Did anyone else feel as I did that Marvel didn’t quite stick the landing? The last scene should have been so much more powerful.)

I remember buying my very first videotape movie. It was the Wizard Of Oz – something that we used to watch only as a family, and only once-a-year, and only after reading and re-reading the focus article about it in TV Guide, because it was such a special event. 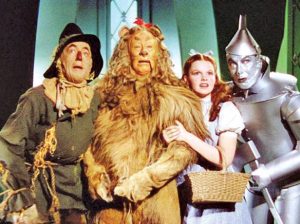 As we began to wear out that videotape, watching Dorothy and her friends whenever we wanted, I realized I was wearing something else out – the sense of something being not just special but bordering on sacred. Whatever that feeling was, with every hitting of the play button, that sacredness was turning to ash, just like Thanos’ victims.

The only thing that helped me recover some of that sense of wonder was the imposition of self-discipline. OK kids, we’re putting Dorothy away now.

And perhaps that’s why I’m feeling it’s time to put away Marvel now for awhile (and Godzilla, and Fast and Furious, and…).

I’ll probably be in the minority though. Disney (owner of Marvel and recent purchaser of Fox) thinks so.

Putting on its best Thanos impersonation, Disney just announced that they’re culling multiple projects that had been greenlit by Fox, prior to the sale. Instead, Disney will largely place its blessing on…wait-for-it… pre-existing franchise projects.

And this is the endgame of entertainment today. 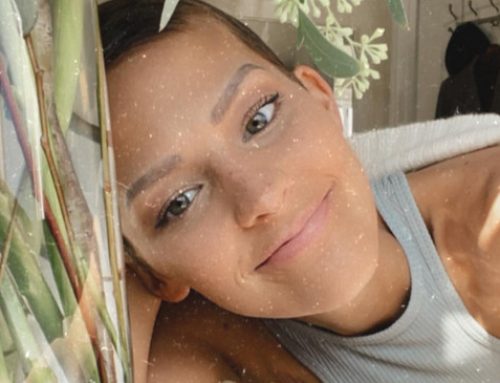 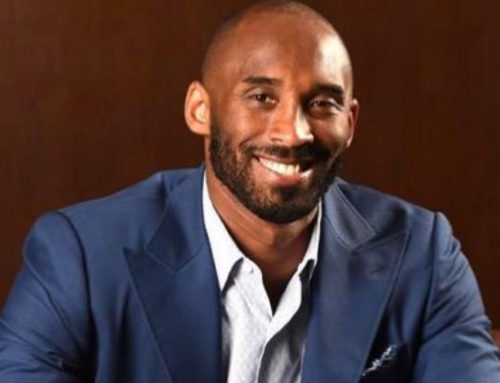 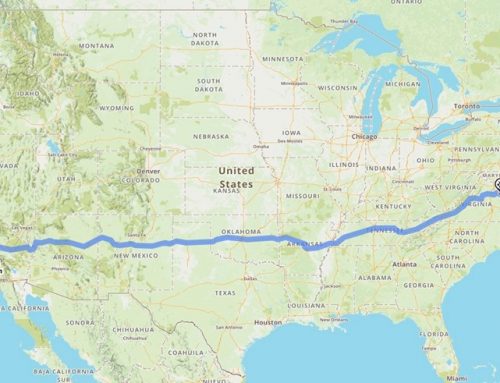 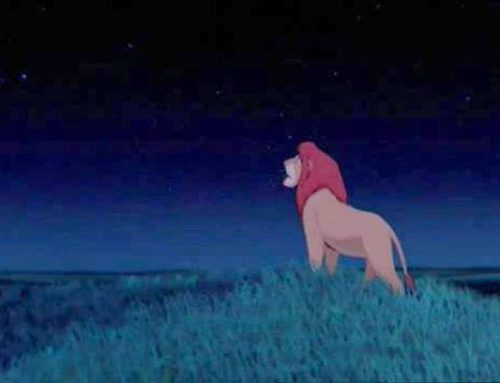