“Whoever is greedy for unjust gain troubles his own household, but he who hates bribes will live.” – Proverbs 15:27

And now the first lawsuits have been filed.

Several days ago, a 204-page FBI affidavit exposed a sweeping scandal where wealthy and powerful parents bribed and swindled open the admission doors to prestigious universities for their children.

The names included at least two prominent Hollywood stars, and more than fifty others, including ‘titans of finance and law’ says the New York Times today. The colleges implicated in the affidavit include Yale, Stanford, Georgetown and the University of Texas.

One lawsuit filed on behalf of a woman rejected by Yale read: “Had she known that the system at Yale University was warped and rigged by fraud she would not have spent the money to apply to the school. She did not receive…a fair admissions process.”

But the kids are just like their parents. Studies show that cheating is off the charts these days.

According to one study, more than 86% of college students admitted to cheating, by using technology or simply copying word-for-word from other students or books. 97% of those who cheated said they’d never been caught. (Here.) A study in England pointed to a 40% increase in documented collegiate cheating cases in the past five years. (Here.) More than half of students say the cheating is morally OK, using the stress of competitive test-taking and hefty work loads as reasons for doing it.

Cheating is functional atheism. The cheater pretends that nobody is watching. But the truth is, “He who formed the eye, does he not see?” (Ps.94:9).

Cheating makes for a fascinating case-study on the moral character of our culture. What’s the big deal? many ask. Everybody does it. Well, let’s think that through. What’s going on in the psyche of a person who cheats? – whether it’s slipping money to someone who will bump your test score up, or slipping into the commuter lane that prohibits single drivers.

Certainly arrogance. It’s nothing but hubris to convince yourself that the rules apply to everyone but you. That there’s something special about you that deserves a fast-pass to the front of the line. It’s devilish pride that blinds you from thinking about all the others you are hurting by your ‘warped and rigged” behavior.

There’s also moral atrophy occurring in the heart of the cheater. There’s a stoplight in our town that gets on these crazily elongated cycles because of its closeness to the rail line (the light will literally stay red for 3 or 4 minutes sometimes.) For weeks I rapped on the steering wheel, contemplating just going through the light. Then finally one day I did it. Nothing happened – I didn’t get caught. But guess what did happen? It didn’t take weeks before my next offense. It took just a few days. My conscience quickly made adjustments to the behavior. Which is when the revelation happened – “Oh, this is what we do with sin, isn’t it?” I said to God. We fight like crazy to avoid it. Then we give in. And then we start rationalizing it. And that is what in the business is called breaking bad. Moral atrophy.

What’s really frightening is when this happens to an entire culture. Maybe it doesn’t matter right now that so many think cheating is fine. (Though those bumped from admission to these colleges might disagree.) But what will happen if/when things really go in the tank for our country? How will a society of moral compromisers respond if the economy fails, or worse? The time to have your earthquake kit ready is before the shaking starts. 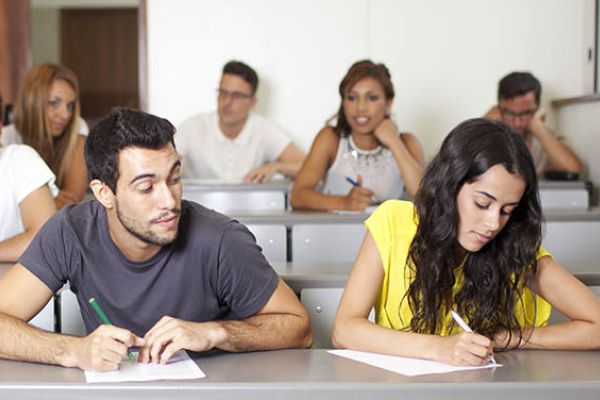 Cheating is also animal-like. Corruption, cheating, bribery – this is not humanity at its best. It’s humanity at its basest. And because we’re a fallen race, this is also our default nature. Travel to just about any third-world country and this is how they do it the moment you get off the plane. Everyone advances around the board by greasing the palms of the next person up the chain.

God worked overtime in Old Testament days trying to burn this behavior out of his people. The Old Testament is filled with warnings against “dishonest scales”. “A false balance is an abomination to the Lord, but a just weight is his delight.” (Prov.11:1).

And each generation that comes along needs to have this behavior sanded and smelted out of them. Thank goodness we still live in a country that tries – however erratically – to fight corruption.

But there’s one more thing worth nothing. Cheating is an absolute denial of God. It’s functional atheism. The cheater pretends that nobody is watching. But the truth is, “He who formed the eye, does he not see?” (Ps.94:9). The cheater convinces himself that if he or she doesn’t do this, that they’re the ones who will be hurt. They’ll be the ones to be held back. But the truth is that God will reward unseen virtue, however insignificant, which we practice (Matt.10:42).

It’s not surprising in the least that when a society effectively kicks God to the curb – as our culture is doing – it becomes more debased and corrupt. It’s why our Founding Fathers were so adamant in saying that the only way this grand experiment in democracy would work is if its citizens remained virtuous. (For otherwise, people will abuse their freedom to abuse others.)

And what in their minds was the surest way to produce a society of truly virtuous souls? The practice and promotion of religion. For the person who has the internal circuit breaker of a holy God inside his or her heart has a great advantage over the person who doesn’t.

How so? Because long before the FBI comes calling with its affidavit, the Spirit of God will have already issued one to the person’s heart. 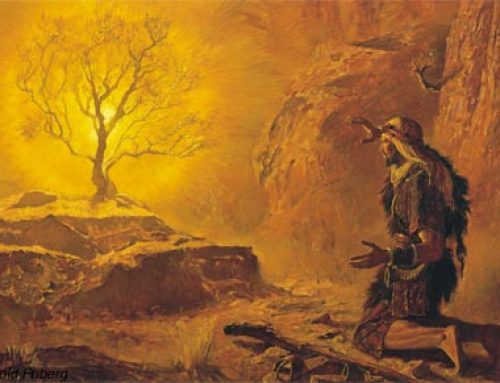 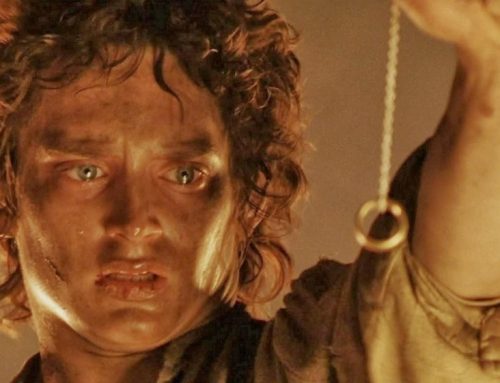