Jesus Came To Teach Us How To Live Rightly

“Come to me, all who labor and are heavy-laden, and I will give you rest. Take my yoke upon you, and learn from me…and you will find rest for your souls.” ~ Matthew 11:28-29

A few years ago as I was preparing a series of sermons for Easter, I was wrestling with how best to explain the uniqueness of Christianity, knowing that there would be a larger number of unchurched people attending over the holidays.

As I was musing, I jotted down the following three sentences:

Jesus came to earth to teach us how to live rightly.

Jesus died on the cross to give us the power to live rightly.

Jesus rose from the grave to give us the reason to live rightly.

In other words, Jesus came to earth on a rescue mission. God loved us so much that he didn’t want to lose us. So after centuries of sending messengers, he himself came. “The Word became flesh and dwelt among us,” as John put it.

But how would God in Christ win us back? His strategy had three parts. First, he had to teach us how to live rightly. If Jesus’ only purpose was to die for us, he could have flown in over a weekend, taken the nails for us, and called it a day. But his public ministry lasted three years. Why? To reach (the masses), teach (his followers) and unleash (leaders) who would carry on after his departure. And what a teacher! 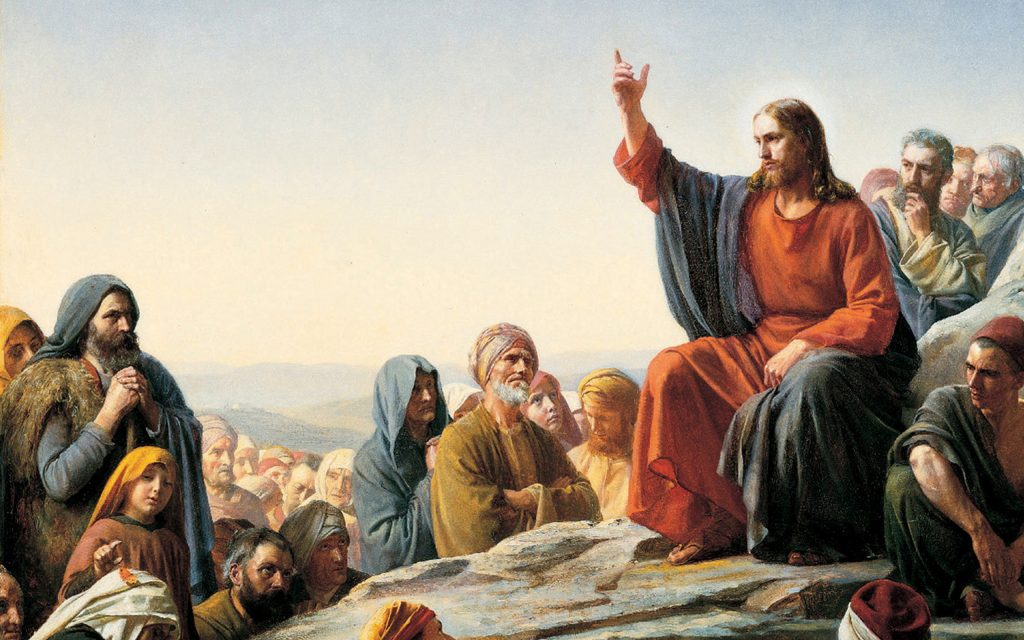 “Heaven and earth will pass away, but my words will not pass away,” he said (Matthew 24:35). Any politician or college professor who would speak this way would be written off as a nut-job. Jesus said it without batting an eyelash. Those who heard him “were astonished at his teaching” (Luke 4:32), and to this day, his words astound those who take them to heart.

Jesus promised that those who put his words into practice would be like a house built upon rock (Matthew 7:24); that those who learned from him would find rest for their souls (Matthew 11:29); that those who stayed vitally connected to his words would know the truth and that truth would bring them to freedom (John 8:31).

Your freedom from sexual quicksand – or whatever sin you wrestle against – will be largely dependent on what you do with Jesus and his words.

If you choose to nickel and dime his teaching – as Thomas Jefferson did, literally taking a pair of scissors to the New Testament, deciding which bits he would accept and which he would reject – then forget it. Your journey will be a road to nowhere for you.

If you choose to say, “Well Jesus never said one word about homosexuality or transgenderism or…[you fill in the blank]” then the game is already lost for you. Since Jesus endorsed the Bible’s gold standard for sex (one man-one woman married for a lifetime, cf. Matthew 19:4-6), he didn’t need to say another word on the subject. The gold standard covered it all.

He didn’t mention polygamy, pedophilia, bestiality, abortion, or sexting either. If you’re a diabetic and the doctor tells you to stay away from sugar, he doesn’t need to add Twinkies and Ghiradelli brownies to the list.

That Jesus has to teach us how to live rightly assumes a couple things.

First, that I need to be taught.

I’m not born plug and play. Humans are the most pitiful of God’s creatures when they are born. We are naturally ignorant. Everything must be taught us. (Listen up, parents!)

But it’s even worse than that. Scripture teaches that we are born spiritually dead. “You were dead in the trespasses and sins in which you once walked.” (Ephesians 2:1)

Just look at what this spiritual death has done to our thinking. “You must no longer walk as the Gentiles do, in the futility of their minds. They are darkened in their understanding, alienated from the life of God because of the ignorance that is in them, due to their hardness of heart.” (Ephesians 4:17-18).

What that means at a practical level, is that in almost every area of my life, if I play it as I feel it, I’ll make a colossal mess of things. We need to be taught.

The second assumption is what’s scary. That Jesus has to teach us how to live rightly assumes that…

Second, there is good and bad teaching that’s out there.

Which assumes there will be serious consequences if I choose wrongly. Follow Jesus’ teaching, get a storm-proof house built on rock. Ignore him, get a unstable house built on sand. Take your pick. The book of Proverbs says (and says it twice, so it’s got flashing yellow lights around it), “There is a way that seems right to a man, but its end is the way to death.” (14:12, 16:25).

Our culture is systematically sweeping away tried and true biblical teaching as we speak, especially in the sexual arena. Many are thoughtlessly going along with the social experiment. But if the Bible is true, then this is not going to end well.

Look no further than your own heart. You’ve played it the culture’s way long enough and where has it gotten you? Addicted, broke, confused, empty, alone, frustrated. Jesus said that we humans don’t live on bread alone. (And surely not sex alone.) What we need to live on is ‘every word that comes from the mouth of God’ (Matthew 4:11).

Don’t you think it’s time that you take a seat at the feet of the greatest teacher that’s ever lived, lean in close, and listen?