Jesus Died To Give Me The Power To Live Rightly

Jesus Died To Give Us The Power To Live Rightly

A few years ago as Easter approached, I wanted to come up with a way to explain to all the visitors that would be coming over Holy Week what was so special about Jesus Christ. And as I was musing on it, I wrote out these three sentences.

Jesus came to teach us how to live rightly.

Jesus died to give us the power to live rightly.

Jesus rose to give us the reason to live rightly.

And why did he come? To carry out the greatest rescue mission in human history. An operation that when completed, would restore us back to the relationship we once had with God, a relationship we forfeited when we told God, in so many words, to take a long walk on a short pier.

But God loved us and didn’t want to lose us. So he set out to rescue us. This rescue mission had three stages to it. In stage one, Jesus came to earth to teach us how to live rightly. He spent his three year public ministry moving up, down and around Israel, teaching. Why? To restore to us the proper knowledge of God. It was knowledge we lost, buried beneath mountains of tradition and bad teaching. Jesus through his teaching put us back on the path to God.

But this is just stage one. It’s all well and good to be given the right teaching we need to find our way back to God. But I need more than right teaching. Because there’s this huge problem that I have. I don’t have the power on my own to live out this right teaching.

Southern California had a classic, old-school winter this past year, with drought-busting rains and tons of snow in the mountains. Back in February, more than a hundred drivers got themselves stranded in a blizzard on 10,000 foot Mount Baldy. (Which is proof positive that people from LA wouldn’t last a winter in New England where we came from. They’d all be dead by spring. Because New Englanders understand that the last place you want to be in a blizzard is on a 10,000 foot mountain. But people from LA are like moths flying into flames – “Look at the snow! It’s so pretty! Let’s drive up to see it!”) 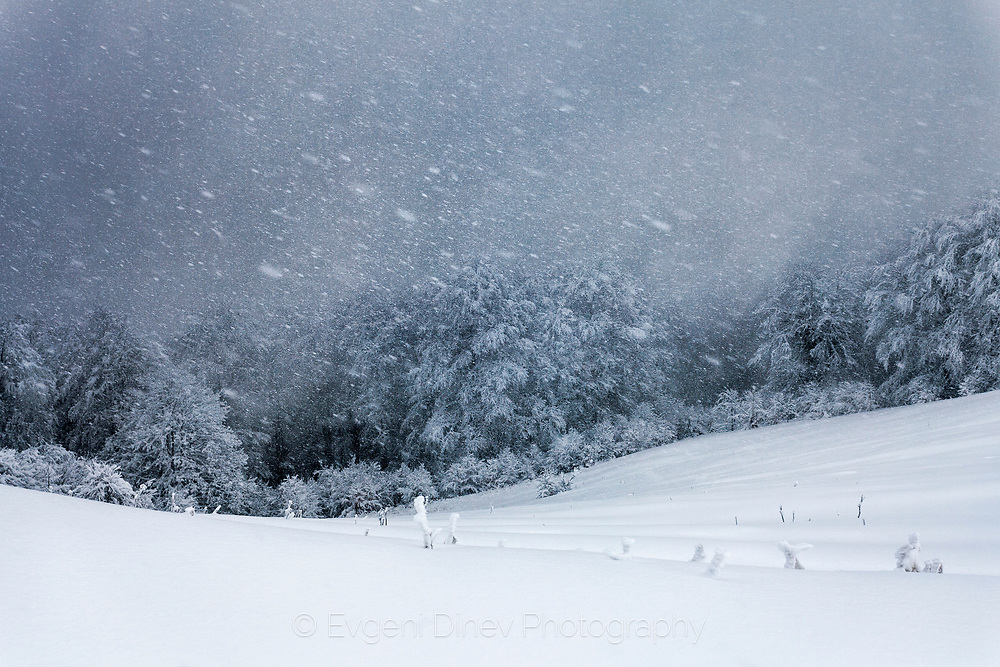 So a hundred cars and their occupants ended up spending the night freezing because they couldn’t get down the mountain. They knew how to get down. They knew the roads to take. They knew how many miles it would be. But they didn’t have any power to get home. The wind and ice overwhelmed them.

Just as our sin and selfishness overwhelms us. Oh we have the knowledge of how to live rightly. We can quote the Ten Commandments. We can write blog articles about virtuous living: But we can’t live it out. Not with any degree of consistency. Sooner or later, usually sooner, something inside of us sabotages our desire to do the right thing.

So for Jesus’ rescue operation to succeed, it wasn’t enough for Jesus to teach us what to do. We need more than Tony Robbins in a tunic. We need to be given the power to live rightly. And Jesus, through the death of his we commemorate on Good Friday, gives us that very power.

The first step to understanding this is to properly diagnose why, morally speaking, we’re each 98-pound weaklings. The Bible’s age-old answer, which is yet to be proved wrong, is that we are morally incapacitated by an inbred, inborn corruption called sin.

Jeremiah understood the problem when he wrote, “The heart is deceitful above all things and desperately sick; who can understand it?” (Jeremiah 17:9).

Lots of people scoff at the idea of sin, but honestly, I can’t think of a biblical doctrine that is more obvious and provable than this one. Even Hollywood gets this. The whole premise of a show like the “Walking Dead” is not that there are monsters out there. The show’s not really about zombies. The show is built on the idea that there are monsters inside of me. And the moment you tear down all the civilizing fences that a healthy society puts up, then this monster, the evil in my heart, comes out, and the world becomes a nightmare.

Lots of people scoff at the idea of sin, but honestly, I can’t think of a biblical doctrine that is more obvious and provable than this one.

Now we survived. We were hardy New Englanders. (All the transplants from California though froze to death before the week was out. “It’s so pretty! Let’s make snow angels!”) But gasoline was scarce, and whenever a delivery managed to get in, it was like the wild west days at those gas stations. Things got dicey very quickly. 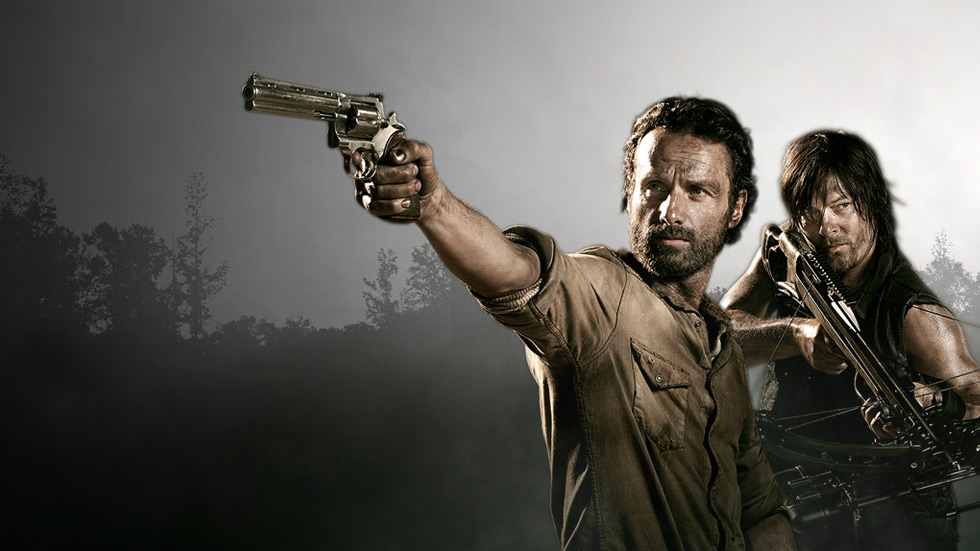 Left to ourselves, with no one watching, and no one to hold us accountable, humans do not act better, and we do not make things better. And it’s all because of what Jeremiah said.

So if we were ever going to be able to keep God’s laws, and live rightly, then our defective hearts have to be repaired. Like David, we should learn to pray, “Create in me a clean heart, O God!” (Ps.51:10)

The good news of Christianity is that in the unfolding of God’s rescue mission, it was his plan to do just this. God wasn’t going to stop his work with just the giving of laws, (what we now call the Old Covenant.) That was just stage one – teaching us to live rightly. God was then going to move on to stage two, by giving us a new covenant, where he would do something miraculous to change this sin-riddled heart of mine.

God announced this, plain as day. And our friend Jeremiah was given the privilege of foretelling it. It’s one of the most famous prophecies in the entire Bible, Jeremiah 31:31-34:

The word “covenant” means a sacred agreement. It’s like a legal contract, but much weightier, and more binding. There are three fascinating provisions in this new covenant.

First, I will be given forgiveness for all the ways I’ve broken God’s laws and broken his heart. “For I will forgive their iniquity, and I will remember their sin no more.” I get a new lease on life.

The second provision of the New Covenant is I’ll be given a new heart. God will take his laws and engrave them on my heart, and the implication is crystal clear – that when that happens, something within me will be different than before.

And the third provision the new covenant provides is I’ll be given a new closeness to God unlike anything people have known before. We will “know God”, and it won’t be for a privileged few, it will be for anyone who desires it, from the least to the greatest.

When the prophet Ezekiel later reiterated Jeremiah’s prophecy, he put a face to this closeness, when he wrote: “And I will put my Spirit within you, and cause you to walk in my statues and be careful to obey my rules.” (Ezekiel 36:27). God’s Spirit will actually indwell us under the New Covenant – that’s how close we’ll be to God.

So the obvious question is: When would the New Covenant begin? Or has it kicked in already?

Fast-forward to the Last Supper, as Jesus observes the Passover feast with his disciples, on what we now call Maundy Thursday. In just a matter of hours, he’ll be arrested, then led off to be tortured and crucified.

But before that happens, as he eats with them, he holds up a cup of red wine before them, and says, “This cup that is poured out for you is the new covenant in my blood.” (Luke 22:20). 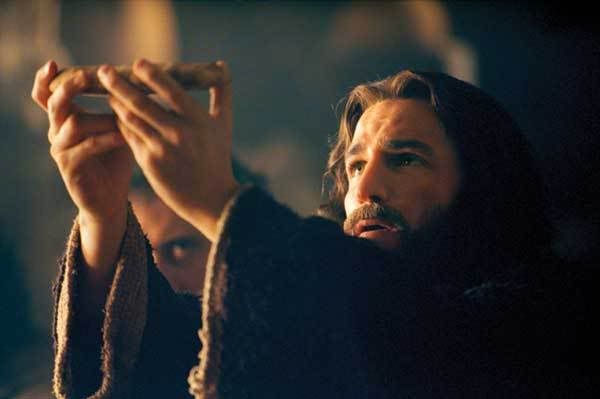 The cup of wine traditionally represented the shed blood of the Passover Lamb, but now Jesus says to his men in so many words, “It’s not the blood of some lamb that causes God’s judgment to pass over you. That lamb is just a picture of the true Passover lamb who will shed his blood for you.” I could just picture Jesus pausing at this point, and his disciples leaning in, as he says next, “I am the true Passover Lamb. The New Covenant dawns with the shedding of my blood for you.”

In other words, Jesus death will set into motion the fulfillment of Jeremiah’s prophecy. Think again of the three provisions of the new covenant. Did Jesus’ death provide them? Run the list.

Forgiveness of our sins? Check. When John the Baptist first laid eyes on Jesus he cried out to those near him, “Behold the Lamb of God who takes away the sin of the world!”

Jesus called it being born again. Paul used the word “regenerated”. You can’t see it with a microscope, or run a blood test to prove it’s there, but when you become a follower of Christ, an actual change occurs within you in. Something in your spirit which had been dead because of sin, comes to life again.

I’ve seen it happen. People who would never darken the door of the church, suddenly wouldn’t miss a service. People who mocked the Bible, suddenly can’t put it down. They’re like Dorothy walking out of the house after it’s landed in Oz. Suddenly things go from black and white to dazzling color. Their heart has changed.

Thirdly, the covenant promised a new closeness to God. And the coming of his very Spirit within me. Did it happen? Check. Jesus promised it. “I will ask the Father and he will give another Helper to be with you forever, even the Spirit of truth…I will not leave you as orphans. I will come to you.” (John 14:16,18).

Before you doth protest too much that Christians don’t act any differently than non-Christians, note the word we just used: over time. This moral journey Christ takes his followers on will last a lifetime, and only be completed when we see him face-to-face.

Paul wrote, “We…are being transformed [the Greek word is metamorphometha which should remind you of the word metamorphosis] into his likeness from one degree of glory to another.” (2 Corinthians 3:18)

Do you see that? “…are being transformed…” It’s a process.

When will the process end? Only when we see Jesus face to face. John wrote: “We know that when he appears we shall be like him.” (1 John 3:2)

So what do we do in the meantime? John tells us in the next verse. “Everyone who thus hopes in him purifies himself as he is pure.” (1 John 3:3)

John’s logic is: If my destiny on the other side is to live like and love like Jesus, then shouldn’t I get moving in that direction now?

Picture yourself as a caterpillar right now (speaking of metamorphosis.) If you know that your destiny is to become a monarch, should you say to yourself, “Well gee, I won’t be able to be a worm on the other side, so I better get in all my rolling around in the mud while I can.”? Not if you know your destiny is to fly.

Some of you have gotten too comfortable rolling around in the mud of your sin, when your destiny is to fly.

Jesus died so that you could live rightly. Why don’t you get moving in that direction now? 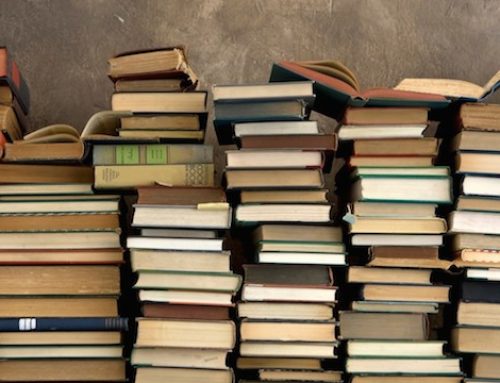 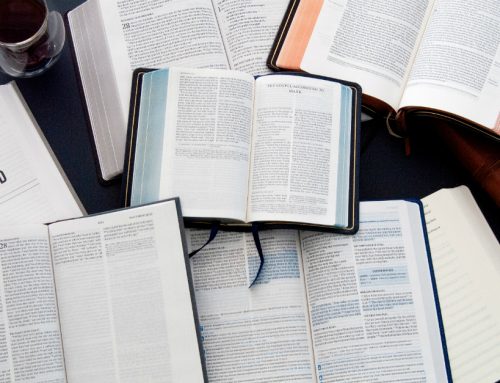