Reconstructing The Faith Of The Deconstructed

I came across an article on my Flipboard last Sunday afternoon that caught my eye, called “Evangelicals Are ‘Deconstructing’ – Here’s What That Means And Where It Took Me” by author Lina AbuJamra.

“Deconstruction” is a name recently ascribed to people who are walking away from evangelicalism (exvangelical is another word invented to describe this movement.) Since there have always been those who were once “in” the church, who later abandoned it (it happened with the first generation of believers, cf. 1 Timothy 1:19-20; 2 Timothy 2:17-18), some have argued that the deconstruction movement is less a movement, rather just a phenomenon that’s now better promoted through social media, et al.

I think that’s an unwise assessment to make. I know what I’m seeing. The wider house of evangelicalism in America today is pretty much on fire, caused by a dizzying number of explosive high level sexual scandals, political infighting, racial tension, and financial lawlessness. I’ve even begun wondering if the word “evangelical” can be salvaged any longer.

AbuJamra’s article went into lock-down mode after I read it (and I’m not willing to add another media subscription to the 723 I already have) so I don’t have specific quotes to offer. I did however do some quick research on her backstory, and was pleasantly surprised by the work she is doing. Rather than “deconstructing” in the sense of rejecting Christianity, her love for Christ and desire to make him known is as strong as ever. What she is rejecting, and adjusting, are unhealthy, unbiblical practices and ideas that she unwittingly used to consider normative to being a follower of Christ.

In a way, she’s not deconstructing, but reconstructing her faith, which quite honestly is something that every true disciple of Christ should practice on occasion.

Again, I’m going from memory, but here were some of those unhealthy ideas and practices AbuJamra has had to reconstruct.

Forgetting To Make Christ Alone The Focus Of Our Faith

In her article, AbuJamra says that her healing began when she learned to focus her attention fully on Christ, and only Christ.

From perusing her website, I learned that she had belonged to the Harvest Bible Chapel movement, then left the church in the aftermath of scandals surrounding its founder James MacDonald. In a blog post, “Why I Left Harvest Bible Chapel”, she writes, “I did not fear God as much as I feared James and longed for his approval.”

Megachurches like Harvest are typically founded by charismatic figures who quickly gather a large following around them. Invariably, because we are fallen, followers of such leaders may in time take their gaze off of Christ, to focus instead on the leader who is pointing them to Christ. But the same unhealthy attraction can take place in the smallest of churches, where the gravitational pull of the authority figure derails the sincere faith of the believer. (And then when the authority figure starts enjoying the pull that he has, and his gaze is taken off of Christ, then Vecna springs to life, if you know your Stranger Things.)

I understand what AbuJamra is saying. Every church will fall short in some way (though we are to still to bind ourselves to brothers and sisters). And every leader will sooner or later disappoint you (though we are still to draw inspiration and instruction from those who are further ahead on the Kingdom trail.)

When I look back on my own life, I can think of several times where spiritually speaking I was hanging by a thread. As a pastor, I’ve felt the flames of burnout licking my heart. Or the wrack of tragedy stretching my soul, where one more funeral, or emergency call, or leadership failure would break me in two.

Pastors and leaders who want the stanch the flow of deconstructing believers would do well to begin their discipleship, not with the cosmological argument, or the inerrancy of Scripture, or any theological construct, but with Jesus Christ, plain and simple.

AbuJamra then addresses the systemic leadership failure found in so many pockets of evangelicalism which has driven members away, who are soured by it all.

It’s stunning to take in when you allow the names to hit your heart: Bill Hybels, Ravi Zacharias, Carl Lentz and Hillsong, the entire substructure of the Southern Baptist Conference in the aftermath of its own sexual abuse scandal, whose roots sink down into hundreds of small churches and towns that make up its membership (and surely represent what has happened in denominations across the country.)

These are just the high-visibility stories. Doing my taxes earlier this year, I discovered that a retirement account I held with my own conference of churches was nearly lost by the embezzlement of a trusted officer.

A generation ago, “servant leadership” was all the buzz. But to rebuild trust these days, it seems a new model of church leadership is needed, that demands authenticity and accountability. In the last few years, I’ve seen churches and faith groups from California to Maryland adopt some form of “policy governance” derived from a leadership model that emerged among non-profits, which creates accountability gates between the founder/director, staff, and board.

It’s unconscionable how Christians, warned by their doctrine of human sin, will allow leaders to roam about completely inaccessible, and unaccountable for their actions.

Making The Mission About Politics Rather Than Making Disciples.

AbuJamra points out that a majority of exangelicals who walk away from their church are fed up by its unthinking obsession with politics. There is no question that a rank and ugly cancer over politics appeared in the Church during the Trump presidency, and metastasized during the Pandemic. 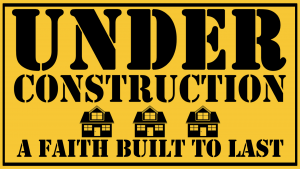 The rise of noxious forms of patriotism (e.g. Christian Nationalism) and the cultural assumption that to be an evangelical is to be a member of the Republican Party (a linkage that leads me to wonder if the word can even be saved) all point to an unbalanced, even idolatrous view of politics that must be reckoned with by the wider Church.

It is inevitable that the Church’s sphere, which includes promoting God’s “righteousness and justice” on the earth, will bring it into necessary interaction with the Political sphere. Politics is not a necessary evil, it is necessary – period – for the healthy functioning of society. Furthermore, the common complaint against people of faith that they shouldn’t “legislate their morality” is absurd on its face, for every law that is passed has a moral underpinning. So naturally Christians should be part of the discussion. (If followers of Christ do not weigh in with passion about fundamental questions like, “What is a woman?”, or “What is the value of unborn human life?”, then the Lord will judge us for our silence.)

But our mission, our reason-to-be, is to make disciples, by pointing people to Christ and summoning them to follow him. A society with more true Christians running around is the goal, not more adherents of one political party or another. Because a society with more Christlike people running around is a world you want your kids and grandkids growing up in. Somehow in the fog of our culture wars, too many of us have lost our way, and forgotten who we are. And whose we are.

What’s to be done? Repentance for sure. On a very large scale in our churches. But also much deeper reflection, prayer, study, and conversation on the relationship between Church and State than we have done. Charles Colson’s “God and Government” remains a modern classic on the subject, but there are dozens of places to begin your research.

Making The Mission About Me Rather Than Service And Suffering.

A final point she makes that sticks out in my recollection of her article is that many are walking away from the American church because of how consumer-driven it is. The messaging is too often about helping you achieve “your best life now”, or is just another version of cultural narcissism on display.

When deep-down, anyone who knows anything about the true message of Jesus Christ knows that it’s not about you (to quote Pastor Rick Warren’s famous line.) Christ is the one who taught that to find life, we must lose it, in service to him and others. If we want to be first, then we must put ourselves last, and to become great we must make ourselves servant of all.

A life like that goes against the grain of everything my sinful, selfish ego desires, and so I must learn to “pick up my cross daily…die to myself…and follow him.” What’s more, it’s not a life I can possibly live in my own strength, and so I must attach myself as strongly to Christ as a branch does to a vine it belongs to.

And so there will be suffering as part of it. Suffering because your own self will kick, scream, and file lawsuits against you. But suffering also from others, who will resist you, even hate you, for living a life that outwardly they find repulsive (while in some cases, inwardly wishing they would have the courage to live.)

But here’s the rub. The American church doesn’t want to talk about, or teach, or prepare its people for service and for suffering. Instead, the inner pablum of what’s been called moralistic, therapeutic deism is what vomits out from pulpit after pulpit across the land, tickling people’s itching ears, but leaving their hearts a desert. And if a true season of real suffering is coming on the earth – and there is every reason to believe that God’s patience with us is rapidly being exhausted – then there is no way most of us will be ready for it.

The solution here should be obvious. We need to return to preaching Christ crucified, and the gospel, the true good news, that points to his sacrifice, death, and resurrection for us. Then more than just preaching it, start living it out.

These are my recollections of the main points Lina AbuJamra shared, with a little bit of my own commentary (well alright, a lot of my own commentary) tossed in for good measure. I hope it honors the spirit of what she wrote. And it sounds like she and Jesus are doing just fine these days. So I pray for her continued courageous testimony to her Lord.

And yours as well, my friend.