Reflections On The Overturning Of Roe v. Wade

One of the earliest books I read in college back in the 1980s, as a newly revived follower of Christ, was an acclaimed, even prophetic, bestseller called A Christian Manifesto by Francis Schaeffer, a classical Christian pastor and philosopher who wrote extensively on the intersection of Christianity and culture. 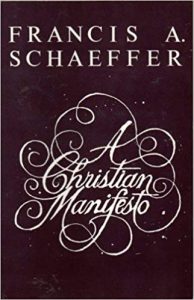 Schaeffer saw earlier than almost any other thinker how the 1973 Roe v. Wade Supreme Court decision would completely overhaul social and sexual ethics in our culture. Schaeffer summoned the Church to rise up and mount a counter-offensive against the secular humanist thinking overspreading everywhere.

For Schaeffer, the point of attack needed to be against abortion-on-demand. He argued that the rationale that permitted and celebrated abortion as a “right” would quickly lead to the exponential increase in euthanasia, eugenics, pagan sexual practices, and a host of other unimaginable evils.

The impact of A Christian Manifesto was profound. It helped provide the theological framework for evangelicals reengaging culture at the political level, and I became one of them. Up till then, the Catholic Church was largely the lone voice in the wilderness speaking out against the “culture of death” promoted by humanist thinking. But from Schaeffer on, wide swaths of evangelical Church joined in.

I thought back to Francis Schaeffer, his seminal book, and the movement he helped inspire, last Friday, when the U.S. Supreme Court ruled to vacate the Roe v. Wade decision. Though he died in 1984, he would be pleased, perhaps amazed, at this profound cultural moment. Thinking back to how Schaeffer’s writing shaped my early theological development, I offer the following personal observations about the Court’s Dobbs v. Jackson Women’s Health Organization ruling.

To Schaeffer, to support an abortion-on-demand ethic was not a political value, but a spiritual one, representing a humanistic worldview entirely alien to the biblical worldview.

The [Roe v. Wade] abortion ruling, of course, is…a natural result of this other worldview because with this other worldview, human life — your individual life — has no intrinsic value. You are a wart upon the face of an absolutely impersonal universe…The universe cannot fulfill anything that you say when you say, “It is beautiful”; “I love”; “It is right”; “It is wrong.” These words are meaningless words against the backdrop of this other worldview.

Followers of Christ from the very beginning have been “pro-life”. Though the Bible does not specifically mention abortion, its frequent assertion of the sacred value of unborn life (e.g. Psalm 71:6, 139:13-16, Jeremiah 1:5), and its repeated instruction to advocate for the weak, defenseless, and ‘least of these’ (Deuteronomy 10:18, Psalm 82:3, Isaiah 1:17, Matthew 25:40, James 1:27), led the first generation Christians to condemn abortion.

In an influential late-first-century teaching manual called the Didache is the clear admonition, “You shall not procure abortion”, a clear rebuke to the rampant Roman practice of abortion, infanticide, and abandonment.

2. Advocating for right and wrong naturally draws a follower of Christ into the realm of politics, especially in places where citizens are granted freedom to shape public policy.

Schaeffer famously wrote, “Every abortion clinic should have a sign in front of it saying, ‘Open by permission of the church.’”

He recognized the shifting power structure between the three branches of government, how the courts were increasingly usurping the power of the legislature to create law, and urged Christians to learn both the art and science of civics, then use it to their advantage.

The courts are increasingly making law and thus we find that the legislatures’ powers are increasingly diminished…Now the pro-abortion people have been very wise about this in the last, say, 10 years, and Christians very silly. I wonder sometimes where we’ve been because the pro-abortion people have used the courts for their end rather than the legislatures… Consequently, the courts have been the vehicle used to bring this whole view and to force it on our total population.

Every abortion clinic should have a sign in front of it saying, ‘Open by permission of the church’. – Francis Schaeffer

It could be argued that Friday’s Court decision was the outcome not only of luck or good fortune, but of decades of very deliberate grassroots work going back to people like Schaeffer who encouraged Christians to not retreat from culture but engage it head-on. Schaeffer inspired next generation thinkers like Os Guinness and Charles Colson, who furthered his message for Christians to take their faith straight into fields like law, politics, education, the arts, etc., that had been overrun by secularists and progressives. My decision to initially pursue a 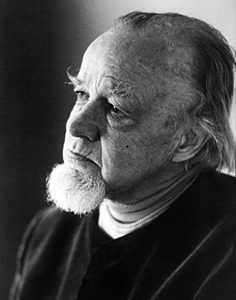 career in journalism, and later to devote 4 years to interact with Christian artists in Hollywood, was inspired by such thinking.

Political and cultural engagement matters. Twenty years from now, tens of thousands of people will be, quite literally, alive, pursuing college, or a career, or a family, because of this Court decision on Friday.

Meanwhile because of Roe v. Wade, nearly 63 million lives have been snuffed out since 1973. Do the math yourself, and be honest. How many of these have been ‘for the life of the mother’, or ‘because of rape or incest’ in comparison to how many have been sacrificed on the altar of convenience or comfort or ease? (Stevie Nicks said recently that if it wasn’t for an abortion she had, there would have been no Fleetwood Mac. Since she has put it that way, I’m not sure I can listen to “Dreams” or “Gypsy” ever again.)

3. Yet politics is a slippery bedfellow. Schaeffer would always remind us that this battle is profoundly spiritual, not political.

When it comes to our political engagement, Christians should be wise as serpents and innocent as doves. Parties shift in their priorities over time, and not every plank in a platform a party adopts is worthy of a Christian’s acceptance. Schaeffer would warn us of unbalanced attraction toward things like ‘Christian nationalism’.

“We must not confuse the Kingdom of God with our country. To say it another way, ‘We should not wrap Christianity in our national flag.’ Patriotic loyalty must not be identified with Christianity. As Christians we are responsible, under the Lordship of Christ in all of life, to carry the Christian principles into our relationship to the state. But we must not make our country and Christianity to be synonymous.”

Arguably the greatest work of Schaeffer and his wife Edith was the founding of L’Abri (meaning, ‘the shelter’), a unique Christian community in the Swiss Alps, where they welcomed thousands of young people over the years who came seeking spiritual truth and renewal through their hospitality and discipleship. It could be argued that this sort of one-on-one engagement will change more lives in the end than any vote or law.

4. Because the battle for good and evil is primarily spiritual, it will be an ongoing struggle that followers of Christ must be prepared to wage until Christ calls us home, or returns.

Certainly every Christian ought to be praying and working to nullify the abominable abortion law. But as we work and pray, we should have in mind not only this important issue as though it stood alone. Rather, we should be struggling and praying that this whole godless worldview can be rolled back with all its results across all of life.

What happened last Friday clearly did not roll away ‘this whole godless worldview’. At best, it’s merely “the end of the beginning”, as someone said, quoting Churchill. (And no, despite what many are claiming, the Supreme Court did not “outlaw abortion”. It merely retracted its near 50-year overreach by rescinding the federal right to abortion, and returned to the States the authority to regulate it.)

There’s a reason abortion is the single, most important flashpoint for secularists and progressives. As Schaeffer recognized in A Christian Manifesto abortion is itself part of a wider attack on the classical biblical view of family and sexuality. And that battle, which has reached absurd and frightening dimensions, is not going away any time soon.

The struggle for righteousness and justice will continue on, until the Lord returns, each generation being responsible as ‘watchmen on the wall’ for the moral condition of its own time.

I encourage any who reads this, to take some time to get familiar with the work and words of Francis Schaeffer. It will encourage you greatly for the challenges and opportunities that lay ahead for every follower of Jesus.