Remember Not The Sins Of My Youth

I‘m going to go out on a dangerous limb here.

As I’ve watched the latest episode of the Brett Kavanaugh hearings unfold, involving the 11th hour revelations of alleged sexual misconduct as a high schooler, I’m wondering if we now have stretched the #metoo movement to its breaking point.

What I’m going to say, I say as a 25-year pastor who has spent countless hours over the years counseling victims of sexual abuse. My heart has broken over and over again for the way so many women have been victimized by men who assaulted them, solely because they had the physical strength and powers of influence to do so.

My novel A Sparrow Could Fall was written in part to tell the story of how God brought healing to a woman in my church, assaulted as a teen who slowly, painfully revealed her story to me. Through dramatic, even miraculous circumstances, she came to realize that God loved her and was with her.

I have thanked God for the emergence of the #metoo movement for bringing to light so many similar stories, hidden till now behind walls of shame.

The first major emphasis of my new ministry, Train Yourself Ministry, is to promote the idea of “purity training” in the church and in the home, where full and honest conversations about sexuality are brought front and center. The more talking the better. And the sooner the Church learns this lesson, the better. For there are countless souls in our congregations suffering from sexual struggle and pain who will not come forward because they do not feel safe or welcomed to do so.

Having said all of this, I believe we are crossing a treacherous line if we begin to reach back into a person’s teen years to find evidence for a person’s purported lack of character in their adult years. Which is precisely what seems to be happening with Brett Kavanaugh.

The issue is not that the alleged incident happened 35 years ago. Time doesn’t matter with crime, especially if there has never been an accounting. Judgment Day will be in part the unveiling of unpunished sins from the beginning of human history. Nothing is hidden with God (Hebrews 4:13). No one will “get away with it” in the end.

We are crossing a treacherous line if we begin to reach back into a person’s teen years to find evidence for a person’s purported lack of character in their adult years.

The issue is not whether or not the events occurred as Kavanaugh’s accuser, Christine Blasey Ford, described them in her poignant opening statement at today’s hearing. My knowledge of the human heart, my knowledge of my own heart, tell me this is all very possible, even for a man like Kavanaugh, who by all accounts has led an upstanding moral life as an adult, a husband and father, and a judge.

Here’s the dangerous part of the limb. I’m not in any way suggesting that what happened, if it happened, was permissible, or was “not a big deal”, or wasn’t deserving of legal and professional intervention (had it come to light back then) because of their ages. If it happened, then the blame is all on Kavanaugh. 100%. And I’m certainly not saying that an incident like this couldn’t scar the one who suffered it for the rest of their life. The courage it takes for someone like Ford to come forward with this story, on this stage, is awe-inspiring.

My issue is: Should a person who acted recklessly and immorally, even illegally, as a teen be held perpetually accountable for that act for the rest of his life?

There’s a reason King David prayed to God in Psalm 25, “Remember not the sins of my youth.” 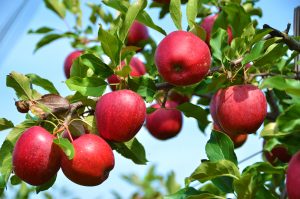 There are things many of us (most of us?) do in our growing-up years, before we enter the world as fully-formed adults, that are monstrously evil, which then often fall off the tree of our adulthood like a piece of gnarled fruit. If the tree goes on to produce a rich harvest of full-bodied fruit, is all of that now negated by the handful of rotted fruit on the ground?

That’s the dangerous line we’re about to cross here.

There’s a reason King David prayed to God in Psalm 25, “Remember not the sins of my youth.”

Think of the implications: So now if I’m up for a promotion at work or a political appointment, I not only have to go through my social media trail with a fine-tooth comb, but now I have to also dive deep into my childhood to dredge up all possible dirt that might be brought against me? (I’m imagining the development of an entirely new type of therapist and attorney arising out of this moment. “So tell me more about how you stole your brother’s cherry pie when you were ten.”) Even the law recognizes a difference between crimes committed by a minor and an adult.

It just so happens that sexual crimes are for now the sum of all evil in the eyes of culture (it will be something else a generation from now – probably being a Christian, if I had to guess). Because of culture’s hypersensitivity to this, terrible mistakes of over-reacting have been made. We’ve already seen ample evidence of false accusations and rush-to-judgment tribunals ruining lives from campuses to the workplace.

Perhaps because of this, Kavanaugh has publicly denied all the accusations, painting his school and college years in rather a pure choir-boy light. If I were advising him, I might have him admit to sowing wild oats and acting stupid from time to time in school. Even apologize to Ms. Ford that his behavior caused her so much pain in her life. But then appeal to the full moral resume of his entire adult life as a truer reflection of the kind of person he is today.

Returning to our fruit-tree analogy, Jesus told us that we can “know a person by their fruit”. I believe here Jesus is is talking about the Harvey Weinsteins and Bill Cosbys and Matt Lauers of this world. If now a parade of people come forward bearing credible testimonies that stretch into Kavanaugh’s adult life that show a clear pattern of sexual misconduct, then the story is different.

But if no further evidence is brought forward, if the parade of witnesses is just a charade of Democrats desperate to postpone the vote on Kavanaugh until after the election, then our civic and political life has become cynical beyond belief.