The Bible’s Gold Standard For Sexuality

The following article is a transcript from our first workshop in our current Theology Conversation on biblical sexual ethics. Join us live at the Event Center, Friday, June 4th, from 6:00 to 8:00 for our second workshop.

Where do we even begin to look at something like sexual ethics? As Christians, we begin where we must begin, by looking into God’s Word for his wisdom. We are people of the Book. The Bible is the spring from which our theology and ethics, our thoughts and values flow.

I was asked once: Why would an intelligent person commit themselves to trusting a book that’s thousands of years old as to what they think about morals and values in the modern world? It’s sort of the same reason why I commit myself to being transported places in a metal tube that flies 32,000 feet above the earth at 500mph. I’ve tested it, other people that I trust have tested it and vouch for it; and it works. It gets me where I want to go faster than I’d ever get there otherwise.

It’s not without reason that the Bible has shaped the behavior and beliefs of humanity for thousands of years. It claims to be the word of God, and we don’t have to take that just on faith. There are compelling reasons why a person could become convinced of that, and then trust this book to guide them.

Just as an aside, if someone questions using the Bible as your moral authority, why not reverse the question on them. Ask: And what do you use as your authority for what you believe about morals, and right and wrong? For everyone appeals to some authority of one kind or another.

Is it science? (Science is profoundly amoral. It can tell you how to abort an unborn child but it cannot tell you whether your should.) Popular opinion? (Good luck with that.) Your own reason? (Like doing what feels right to us never gets us into trouble!) The point is: everyone appeals to some authority and we have no need to be embarrassed that we use the Bible as ours.

So from its first chapter to its last, the Bible speaks of sex and sexuality. Genesis 1:27 – “So God created man in his own image, in the image of God he created him; male and female he created them.” Revelation 22:15 – “Outside are the dogs and sorcerers and the sexually immoral and murderers and idolaters, and everyone who loves and practices falsehood.” See, first chapter to last.

You say, why’s the Bible so obsessed with sex? Wrong question. God, because he is a God of love, speaks the most about those things that have the greatest power to bless my life or harm my life depending on how I use it, and sex is one of those things.

So you read Leviticus 18, the sex manual of the books of Moses, and you realize that here is God lifting a group of Bronze Age people out of destructive pagan sexual practices. Here is God’s love and care in these words.

You read Proverbs 4 through 7, and the Song of Solomon, the sex manual of the Bible’s poetry books, you’ll be amazed at the beautiful, positive and holy way it describes human sexuality. Such as Proverbs 5:18-19 – “Rejoice in the wife of your youth, a lovely deer, a graceful doe. Let her breasts fill you at all times with delight; be intoxicated always in her love.” Wait…what?!

Notice how these passages describe the wonders of married love. Where’d that come from? God revealed it to us right from the beginning. God’s gold standard for human sexual behavior is established in the first two chapters of our Bibles.

Read Genesis 1:27 again – “So God created man in his own image, in the image of God he created him; male and female he created them.” Here we learn that God has divided the human race into two distinct genders, male and female. Sexuality is not a spectrum, as is commonly said today. The binary is primary. There is an order and a design to our physical natures, to our bodies, that reflects God’s intent, wisdom and love. And all of this God declares at the end of chapter 1 to be very good. Our sexuality is God firing on all cylinders.

Then in chapter 2 God gives us his blueprint for how he has designed men and women to express their sexuality with each other. Genesis 2:24 is one of the most foundational verses in all the Bible from which flow the entire biblical sexual ethic. “For this reason a man will leave his father and mother and be united to his wife and they will become one flesh.”

God’s will for us is when it comes to sex is that we experience it in the safe harbor of marriage, between one man, one woman, joined together for a lifetime.

Should you think that we are overinflating the importance of these verses, you need to understand that Jesus himself saw these verses as the gold standard, as the central statement teaching God’s view of marriage and sex.

When asked about the matter of divorce by the Pharisees in Matthew 19, and asked what God thought of it, Jesus appeals to Genesis 1:27 and 2:24 as authoritative. “Haven’t you read,” Jesus replied, ‘that at the beginning the Creator ‘made them male and female’, and said, ‘For this reason a man will leave his father and mother and be united to his wife, and the two will become one flesh.” (Matthew 19:4-5)

If Jesus were asked today, “What do you think of transgenderism or gay marriage?” he would respond the very same way with the very same verse. He’d say, “Haven’t you read…?”

That sentence is loaded. It tells us that what we read in the Bible is revelatory. Meaning, this is God revealing his will to us on the written page. Because it is revelatory, Jesus assumes that the Bible has authority to instruct us and direct us in moral decision-making. Because the Bible has authority, Jesus also assumes that the Bible is understandable to those who read it. Because there’s little sense in submitting yourself to the authority of a book’s message if you can’t make heads or tails out of it.

Why is this important for us to know?

Because some will make the argument that Jesus never mentioned homosexuality or transgenderism or abortion in his teaching. The implication being if Jesus didn’t talk about then it must not have been all that big a deal to him. But Jesus never talked about bestiality either, or polygamy, or polyamory, or co-habitation. He didn’t need to. Why? He endorsed God’s gold standard. Therefore, anything outside that standard he would regard as sinful. If the doctor says to stay away from sugar, you don’t have to ask him if you can have a brownie sundae.

Every sexual boundary that the Bible teaches ultimately traces its lineage back to this gold standard which God set up at the very beginning of things. If you want to know what “sin” is, then start with the gold standard, and work your way outwards. The rest of the Bible fleshes out this sexual ethic (strange sentence, but deal with it.)

Be careful though when you read the Bible to distinguish between what is descriptive from what is prescriptive. It doesn’t take long before the human race abandons the gold standard for bronze, or worse. Abraham slept with his concubine. Judah a prostitute. David was polygamous, and Solomon… is there even a word to describe him?

Sometimes it seems that God is looking the other way. Don’t take that as an endorsement; take it as a sign that these Bronze-age societies were so far removed from God’s gold standard that God had to choose his battles, so to speak. There were things he put up with for a time to work on other matters. (Which is something he does with you and me as well by-the-way.)

Proponents of progressive sexual practices would suggest that God because he is loving is looser now, more lax, more chill. Sorry. By the time we get to Jesus and the New Testament, God’s gold standard is back in force. In fact, Jesus comes along and not only throws a fresh coat of paint on it, but he reinforces it with titanium.  Adultery to Jesus isn’t an outward act. It begins as an inward corruption of the heart.

As Jesus’ followers took to the streets of the Greek and Roman world – a world so sexually loose and lewd that prostitution was woven right into the worship life of many of its temples – they called their listeners to sexual repentance.

So Paul writes in Romans 1:24-27 – “Therefore God gave them up in the lusts of their heart to impurity, to the dishonoring of their bodies among themselves, because they exchanged the truth about God for a lie and worshiped and served the creature rather than the Creator…For their women exchanged natural relationship for those that are contrary to nature; and the men gave up natural relations with women and were consumed with passion for one another…Though they know God’s righteous decree that those who practice such things deserve to die, they not only do them but give approval to those who practice them.”

And 1 Corinthians 6:9-11 – “Do not be deceived: neither the sexually immoral, nor idolaters, nor adulterers, nor men who practice homosexuality, nor thieves, nor the greedy, nor drunkards, nor revilers, nor swindlers will inherit the kingdom of God. And such were some of you. But you were washed, you were sanctified, you were justified in the name of the Lord Jesus Christ and by the Spirit of God.”

And Hebrews 13:4 – “Let marriage be held in honor among all, and let the marriage bed be undefiled, for God will judge the sexually immoral and adulterous.”

If you were to graph this out, the Bible’s sexual ethic tells an interesting tale. It shows a bar raised high from the very beginning to bless the human race. But then a descent, a fall, a plummeting from that standard, which debased the human race. Followed by a long, steady climb back through Israel. Then a death on a cross to seal the deal. Now an invitation to the world to share in a renewed humanity.

Christianity’s ordered, sublime vision of sexuality fell on that pagan Roman world like a spring rain, and it was one of the many reasons why people fell in love with Jesus Christ and came running to him. Because the anything-goes mentality that ruled the world back then, that promised freedom, was anything but. It was devastating to people’s bodies and souls.

That’s why as our culture free-falls its way back to ancient Rome, followers of Christ today need to hold the line. Because the same thing will happen today, and is happening as we speak. People will grow tired of the sexual chaos and confusion, and in the wreckage many will ask, “There’s got to be a better way.” And they’ll look up and see a Cross.

Christianity’s ordered, sublime vision of sexuality fell on that pagan Roman world like a spring rain, and it was one of the many reasons why people fell in love with Jesus Christ and came running to him.

Bear Clifton is a pastor, writer and screenwriter. This devotion is from his latest book, “Living Under The Cross: A 40-Day Devotional Journey”. His blogs and devotionals can be enjoyed at his ministry website: trainyourselfministry.com and his writing website: blclifton.com. Bear is also the author of “Train Yourself To Be Godly: A 40 Day Journey Toward Sexual Wholeness”, “Ben-Hur: The Odyssey”, and “A Sparrow Could Fall”, all available through Amazon. 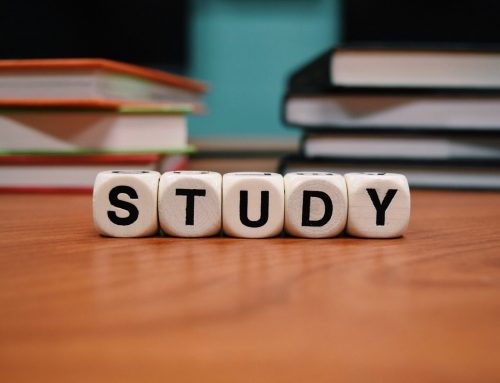 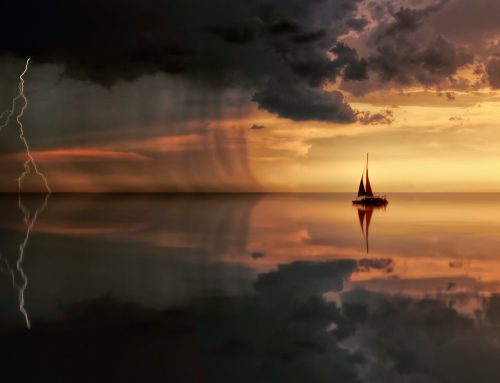 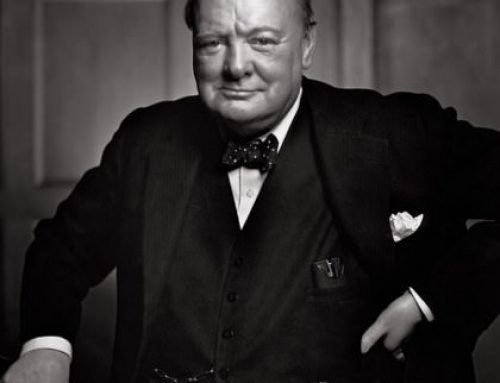 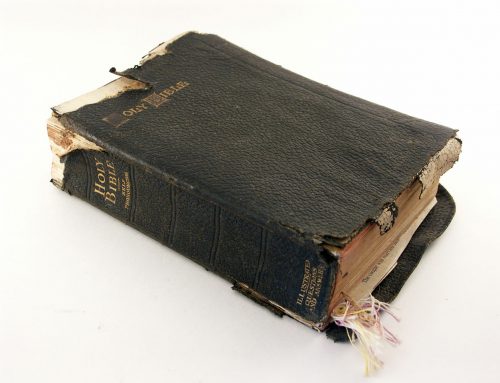