Train Yourself TO BE GODLY: Despicable Me

Train Yourself TO BE GODLY: Despicable Me 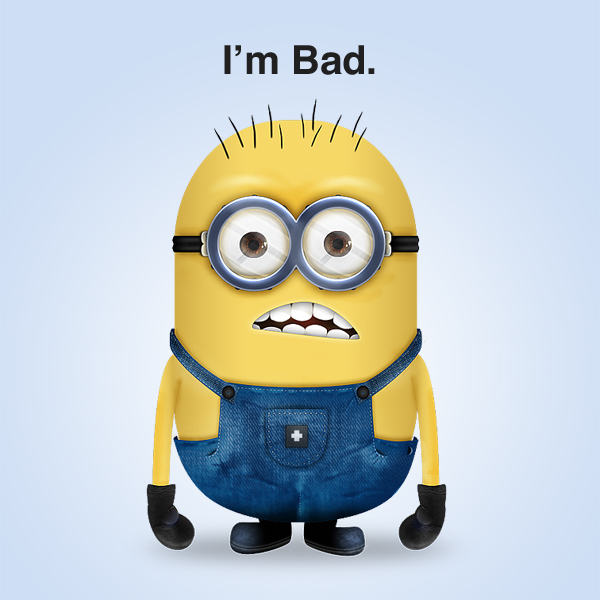 The epiphany I had was that my struggle, while certainly a spiritual problem, which had clinical elements, was also largely a discipline problem. I not only had a sin nature that needed work. But I also had an undisciplined nature that was a piece of work. So I struggled resisting the pleasure offered by a pornographic image not only because I’m a sinner who needs to repent. But also because my mind and will were weak and lazy, and needed to be disciplined. Forget about resisting this pleasure; I couldn’t scarcely resist any pleasure. If I crossed paths with a brownie in the kitchen, my knees got wobbly. So what do you do with something that is undisciplined, lazy and weak? You train it.

This realization added an entirely new layer of understanding to 1 Timothy 4:7, where the apostle Paul told his young friend, “Have nothing to do with irreverent, silly myths. Rather train yourself to be godly.”

The epiphany I had was that my struggle, while certainly a spiritual problem, which had clinical elements, was also largely a discipline problem.

The breakthrough for me came when I realized where I needed to be trained. Not just my spirit. For I’m more than a spirit. I’m a spiritual being that happens to live inside a body, and experiences life through a mind, emotions and will. Each of these parts of me needed to be trained.

Jesus said, “Blessed are the pure in heart for they will see God.” The “heart” is a word that encompasses everything that churns away inside of me. To set me free from sin’s poison, Jesus is saying that he wants to focus his healing work there. The apostle Paul fully grasped this idea when he wrote,  “Now may the God of peace himself sanctify you completely, and may your whole spirit and soul and body be kept blameless at the coming of our Lord Jesus Christ” (1 Thess.5:23).

But the problem branches out from there. Was my body in on the game? Like a slobbering hound dog. Eyes, ears, hands, skin – all of them ready, willing and able to share in the act. It was during this time that the Lord taught me the discipline of fasting, which went a long way in training my body to do without pleasure.

How about emotions? Did my emotions need to be trained? I had so much anger bubbling away in me back then when I was struggling. Anger with my dad. Anger with my wife. Anger with the Vikings. I had no clue that it was there, driving me along. How do you soothe anger? With pleasure. Where do you find pleasure? For some it’s in a bottle. For others it’s in beating things up. With others, it’s an image on a screen. Until Jesus helped me recognize that anger and then bring it to heel, I stayed stuck in my sin. Many Christians, possibly most Christians, are completely clueless as to what’s going on in their emotional life, and the inner demons that drive them.

Was my will in on it? Big time. Your will is what I call the Judge. And when Judge Will rules from the bench of your heart what must be done, then it’ll happen, no matter what the other parts of you say. Until the will is trained, and we can say like David to God, “I will to do your will,” we won’t be free.

How about my mind? My-oh-my, was my brain a bigtime co-conspirator. I didn’t know it at the time, but with each image I viewed, through a process brain scientists today call neuroplasticity, I was searing my habit directly into my cerebral cortex. Jesus said, “He who sins becomes a slave to sin,” and now with brain scans, we actually can see it as it happens right before our eyes.

What Broke The Chains

Looking back at how God broke the chains of my lust, what I see now is that Jesus went to work on each and every one of these parts of me. It wasn’t obvious at the time. It wasn’t as though Jesus would say, “Okay, this week we’re focusing on your will. And next week, we’ll tackle your mind. Because that mind of yours…whew!” But when it was all said and done, every part of me had been made stronger than it was before.

I could offer my body as a living sacrifice in a way I couldn’t before. I could say no to pleasure. I could take captive my thoughts to obey Christ. My emotions were calm and controlled, more than they had been before. My will was stronger. I could make good choices. God was at work in me, to will and to work for his good pleasure, as Paul said to the Philippians.

When Paul tells us, “Train yourself to be godly,” this is what he means.

How do you take young teens who’ve grown up immersed in technology and help them stay pure and holy? Of course, teach them to stay close to Jesus, to read their Bibles and pray (the spiritual approach). But don’t stop there. Make sure you go on to train them. Make sure the Word of God you’re teaching them connects to their spirit, and their body, their mind, their emotions and their will.

How do you take a businessman or woman who’s on the road two weeks of each month and help them to do nothing more in their hotel room but sleep? You train them. How do you get a person to a point where they can sit at a computer without the gnats of lust buzzing them, and know that the only hub they’ll visit is Biblehub.com and not the other one? You train them.

If you and I are going to walk in holiness in this world of ours filled with so much temptation, then this is what Jesus wants to do with you and me. He wants to raise up a generation of what I call grace-bred, Word-fed, Spirit-led men and women of discipline who can walk in holiness in our sin-sick culture, because they’ve been trained to live in godliness.

Will you become a part of this generation?